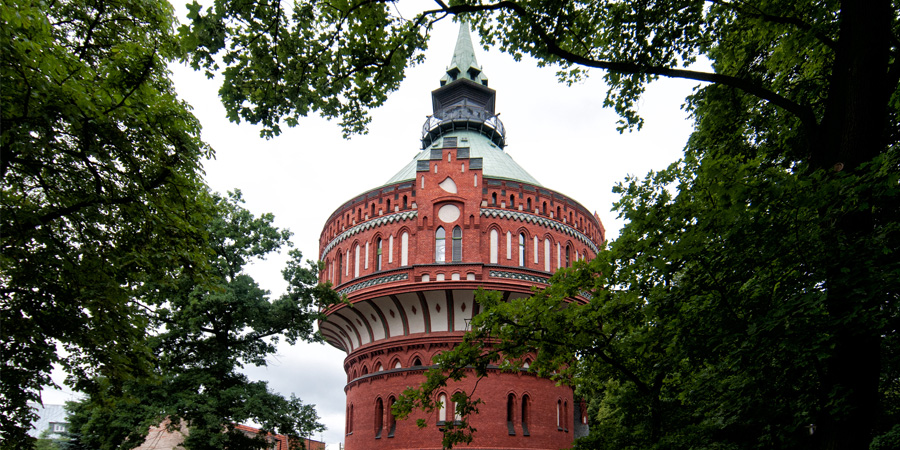 In 1900, on the hill known today as General Henryk Dąbrowski Hill, which is the highest site in relation to the water intake in Las Gdański (Gdańsk Forest) the water tower (designed by Franz Marschal) was opened. It played an important role in the modern waterworks system of Bydgoszcz.

This slightly squat, cylindrical tower houses a compensation reservoir, which for 90 years guaranteed proper water pressure in the mains, making sure that in the hours of increased consumption of water, it would be available to consumers without any problems. The tower received a neo-Gothic brick façade, highlighted with plaster details. The architect of this industrial facility (45 metres high) added a public lookout terrace to it, which was a great attraction. It offered a view of the whole city. Unfortunately, the terrace was closed after 1945. It was only reopened in 2012, after completion of renovation and adaptation works related to turning the Water Tower into one of the buildings of the Museum of Waterworks (the second part of the Museum is located in the Historical Pump Room at 242 Gdańska Street). Inside, we find an exhibition recounting the history of the local waterworks and sewers. There is a collection of documents, photographs, old bathroom and toilet accessories, and even pieces of wooden pipes coming from the first local waterworks dating from the 16th century, excavated during archaeological works. 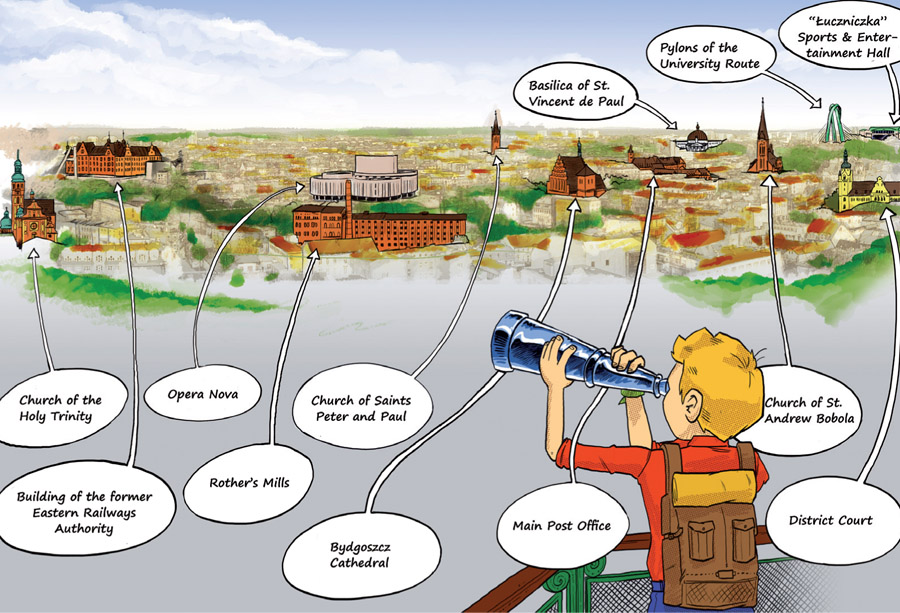 After touring the industrial exhibition, we can take a narrow, winding staircase to access the lookout terrace, which offers a breathtaking, panoramic view of Bydgoszcz. There are several telescopes mounted on the railing, offering a more detailed view of the city.
The Henryk Dąbrowski Park stretches at the foot of the tower. All distinct tall buildings of the Bydgoszcz cityscape can be seen above the tree tops.