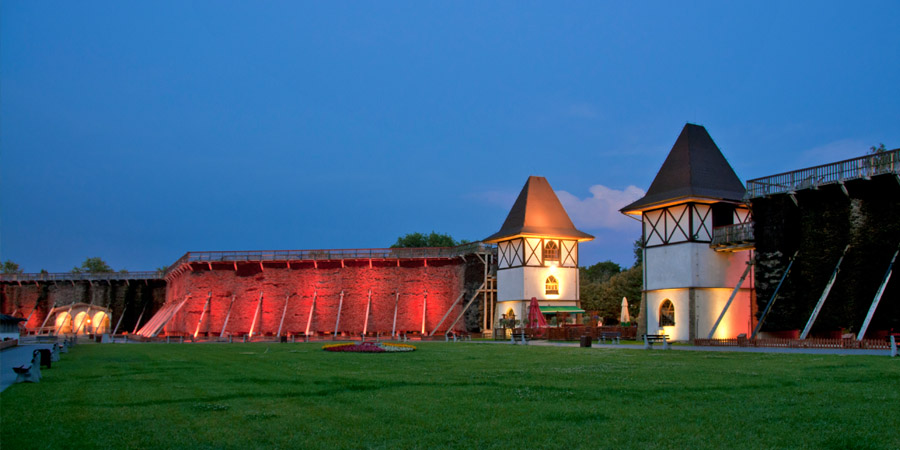 Inowrocław is a city situated in the centre of the region of Western Kuyavia, some 40 km from Bydgoszcz.

Inowrocław is described as a “city on salt”, due to its unique location on salt deposits, whose curative power has been used for many years. An exceptional local microclimate is conducive to treatment of hypertension, upper respiratory diseases, thyroid, and skin allergies. It is also used in early cardiac rehabilitation.

The spa part of the town is created by the Saline Park situated on over 85 hectares. It features a graduation tower, the main facility of the spa, which was opened in 2001. It is the second largest in Poland, just after the one in Ciechocinek. Brine is conveyed via pumps to the highest level of the graduation tower (9 m); then it flows down through blackthorn branches, contributing to the development of saline aerosol in the surroundings of the graduation tower.

During the interwar period, Inowrocław was called the “gem of spas”. It attracted health resort visitors from both home and abroad. Some of the spa amenities located in the park include the pump room, offering waters extracted in Inowrocław, mineral “Inowrocławianka” water and curative water called “Jadwiga”; the Palm House and the Kuyavian cottage with many species of exotic plants, beautiful fragrant gardens, papal gardens, a sandy beach, tennis courts, outdoor fitness centre, a site for BBQ gatherings, and trails that attract throngs of runners, rollerbladers and bikers.

The most prominent historic landmark of Inowrocław is the Basilica Minor of the Most Holy Name of Mary, built at the turn of the 13th century (9 Bpa. A. Laubitza Street). The exterior walls of the basilica, on its northern side, feature bas-reliefs of devils, animals and people, symbolizing the basic truths of Christian faith, according to which, legends were supposed to protect the faithful against evil powers.

We also recommend visiting the Jan Kasprowicz Museum (33 Solankowa Street), where we can trace back the history of salt mining in Inowrocław. Other attractions include a thermal spring (with chloride-sodium water extracted at a depth of 491 m) and SPA facilities (Harmonia SPA, 107 Świętokrzyska Street, Medical SPA, 23 Wilkońskiego Street, and Anielska Grota in the Bast Hotel, 35/37 Królowej Jadwigi Street).