What connects Bydgoszcz with Dubrovnik, Stockholm or Cape Town? The 18th meridian east runs through these cities. Its exceptionality consists in the fact that it helped cartographers draw flat maps. 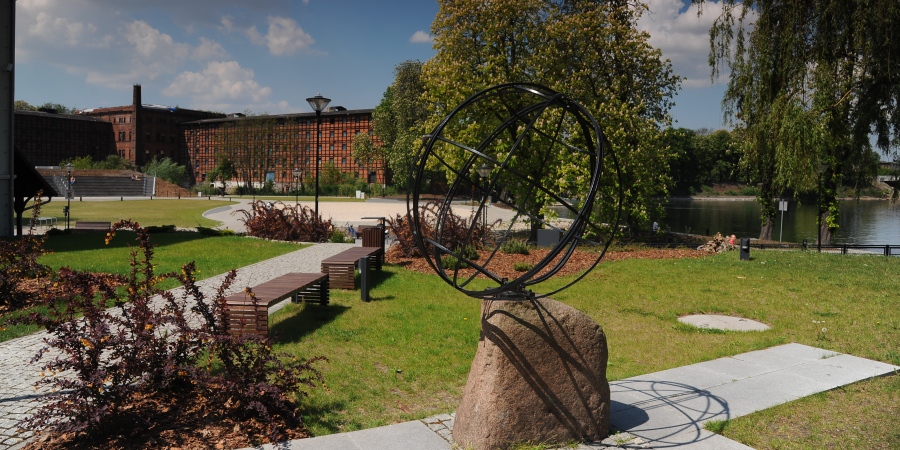 As part of the revitalisation of the Old Market Square in Bydgoszcz, the line of the eighteenth meridian of the eastern longitude (18 ° E) was marked. It is finished with a clock showing Bydgoszcz time. It is a local time, and therefore a natural one, because it depends on the position of a given part of the terrestrial globe towards the Sun.

We also recommend visiting the places commemorating the run of the mysterious “Eighteenth” Meridian, including the Globe at the plinth near the White Granary on Mill Island (it was believed that the meridian runs also through Mill Island) and an obelisk with a ball and image of a ship on Municipal Lock No. 2.