Church of the Poor Clares 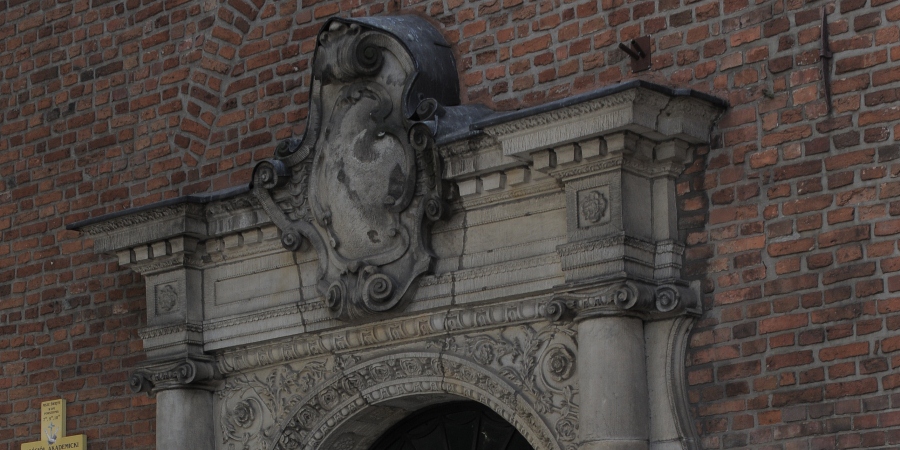 According to the generally applicable rules of the Middle Ages, the Poor Clares, Carmelite and Bernardine monasteries were located outside the city limits, outside the area bounded by the walls of the city, the branches of the Brda, Młynówka and the castle moats.

Only the Jesuits placed their monastery and college in the heart of the Bydgoszcz market, due to the special status of their Counter-Reformation mission (the Jesuit church was demolished by the German occupiers in 1940, and reconstructed as the Jesuit College, which now houses the Bydgoszcz City Hall).

In the Middle Ages, monasteries were the main intellectual centers of Christian Europe. Only later their place was taken by universities. In Bydgoszcz the situation was similar. Long before the secular universities; nun and monk monasteries acted not only as religious centers, but also cultural. The monks and nuns created a community of prayer, but also of learning, of scientific work, art, concerts, and even organized a theater.

The wooden church-hospital of The Holy Spirit was built in 1448 on the old road to Gdańsk, which was later replaced by the church of the Poor Clares. In 1522 it was decided to build a brick temple in its place. Work began in 1582 and ended in 1590. It took over a decade, until 1602, to equip the church.

In 1615, the church was given to the Poor Clares sisters probably with the task to continue the hospital mission, which the sisters carried out until end of their presence at this place, 4 Gdańska Street, currently a museum building.

The temple was expanded by rebuilding the western part of the old Church of the Holy Spirit and adjusting it to the needs of the growing monastery, with the choir located in the new sacristy, partly open to the exterior.

In 1646, a chapel was added to the south of the nave, funded by Wojciech Łochowski, mayor of Bydgoszcz. With 1651 comes a new Baroque lattice which separates the chancel from the nave. During the nineteenth and twentieth century, when the church did not hold a sacred purpose, the lattice was used as decoration for Old Parish Cemetery main gate, now the oldest cemetery in Bydgoszcz (located in Grunwaldska Street). The lattice returned to the church after the war, and the cemetery gate, reconstructed in 1991, received a copy of the Poor Clares lattice.


In the first half of the seventeenth century, in the south-west corner of the church, a tower covered with a Baroque dome was built, from which the daily bugle call was sounded (composed by the Bydgoszcz composer Konrad Pałubicki).

The Poor Clare sisters stayed here until the dissolution of the monastery was ordered by the King of Prussia in 1835, when the last Bydgoszcz sisters moved to Gniezno and the church ceased to function as a sacred building. The side altar was moved to Osielsko and the main altar was transferred to Sypniewo, from where it didn't return until 1955.

After its dissolution, the church functioned as a warehouse, municipal weighing house, Department of Sanitation, and finally a fire station and its stables. However, in the late nineteenth century, the church regained a more decent status. It became the nucleus of the first museum in Bydgoszcz. In 1888 the Netze District Historical Society reorganized it into a museum and repository for regional exhibits.

After Poland regained its independence, the religious function of the temple was restored, not as a monastery, but as a school-church. Then in 1922, stonemason Jakub Job added the current Neo-Renaissance portal designed by Poznan architect Stefan Cybichowski.

Currently, since 1997 the church has been in the care of the Warsaw Capuchins and the carefully cultivated, extensive, nineteenth-century gardens have been converted into a park (now the Kazimierz Wielki Park). In this park, in the first half of the nineteenth century, the Bydgoszcz Regency building was erected (now the Regional Office), according to a design by the Prussian architect Karl Friedrich Schinkel.

Church of the Poor Clares (named by the Bydgoszcz residents) is no longer on the quiet outskirts of the city since the second half of the nineteenth century. The rapidly expanding city of 1870 - 1920 absorbed the area, making it an epicenter of urban development. In 1971, continually increasing traffic led to rumors about the relocation of the church to make space for a modern intersection, plans which were never carried out. Interesting and perhaps amusing is the fact that in some later publications, the technically complicated relocation process was described as completed...

The history of the city can be read and interpreted in a special and very objective way, by looking at its preserved historical churches. Old churches talk about the history of the city, they indicate periods of prosperity and development, but they can also remind us of crises, economic or spiritual. These urban churches are like a lens for looking into the spirituality of the city, its achievements and aspirations. In addition, they radiate an unusual amount of emotion, as generations kneeled on its altars. In their churches and cathedrals, the inhabitants of Bydgoszcz have prayed for centuries, have shared their joys and sorrows, sometimes doubted, often sought refuge and hope and were often thankful...