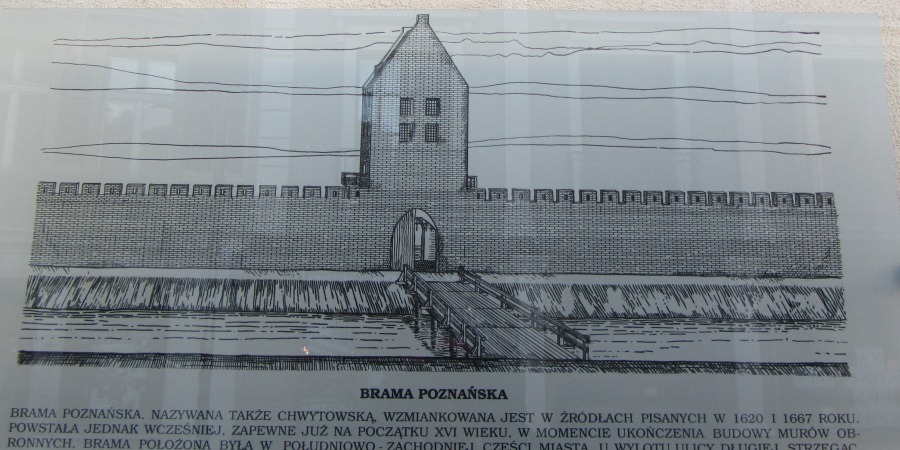 Going down Długa Streer towards Wełniany Rynek, one will reach a spot where a medieval gatehouse once stood. It was home to the city’s executioner, who was in charge of keeping order in the city and carrying out executions (including decapitation).

There’s an old legend that tells of the executioner’s friendship with a poor tailor named Janek living in a crumbling cottage right next to the gatehouse. One day, after finishing his work, the young man decided to take the lady of his heart for a walk along a causeway leading to the city gate. The moment they walked out of the city, a carriage of a wealthy merchant passed them by. It stopped at once and out of it came a gentleman who proposed the damsel to join him for a ride in his carriage. He promised to give her and her family wealth she could only dream of. Janek was enraged to hear the daring proposal the merchant made, so he came at him with his fists. The beaten and ashamed merchant went to inform the Mayor about the incident, and there was no other punishment for this sort of crime than death. The law in Bydgoszcz at that time stated that guests to the city must be treated with proper respect and kindness. It was then decided that the execution would take place on Sunday after the holy mass. The convict was thrown in the dungeon on Poznańska Street. Fortunately, Janek was visited by the executioner who was truly sorry for his friend and decided to help him. “Just before they walk you into the market, I will loosen the knots on your hands and feet, and when the axe is hung above your head, get up and run towards Poznańska Gate. There will be no guards waiting to catch you there and the gate will be open” – the executioner said to terrified Janek. Everything went according to plan, and at the gate waiting for the tailor was his beloved woman. He grabbed her hand and both of them disappeared into the fog surrounding the city. The angry mob shouted “Get him! Get the tailor!”, and across the spot where the lovers were last seen runs a street named “Chwytowo” (from “chwytać” – “to catch”) to commemorate that event.