As part of the revitalisation of the Old Market Square in Bydgoszcz, the line of the eighteenth meridian of the eastern longitude (18 ° E) was marked. It is finished with a clock showing Bydgoszcz time. It is a local time, and therefore a natural one, because it depends on the position of a given part of the terrestrial globe towards the Sun. 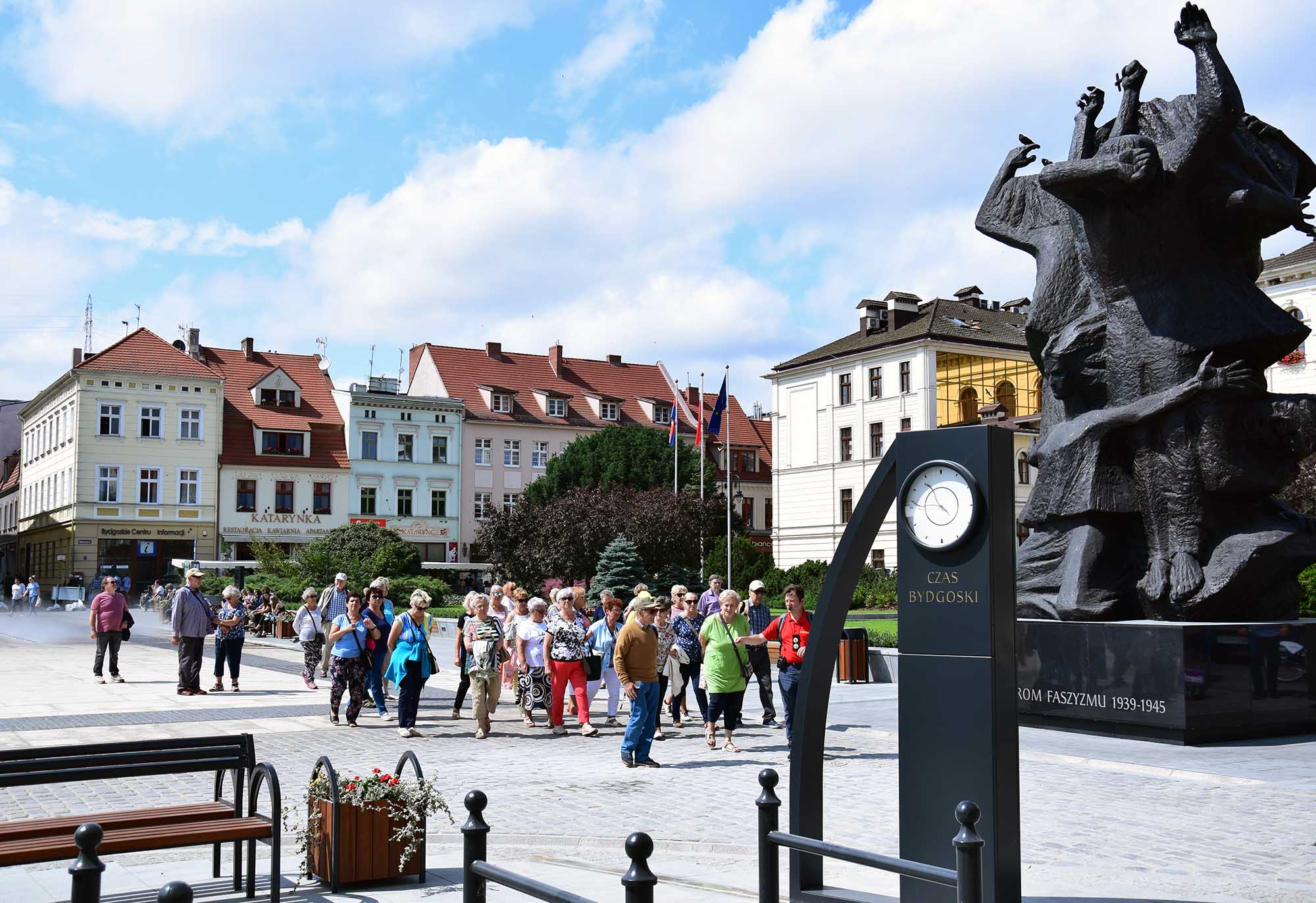 Meridian is the line that runs from the north pole to the south pole, which at the moment of the Earth's rotation is closest to the Sun.

Considering the "artificial" Central European (CET), designated according to the 15th meridian (15 ° E), Bydgoszcz time is "earlier", because the Bydgoszcz sun sets earlier. So we have to add 12 minutes to the official winter time and 48 minutes for the summer one.

Local time was used until the end of the nineteenth century, when due to the development of railways and difficulties in setting timetables, the German Empire and Austria-Hungary introduced a unification of time based on the 15th meridian.

The clock with the Bydgoszcz time was designed by Agata Łapińska and made by the company El-Przem. The clock has interesting, unusual hands that have been designed to create a delicate outline of one of the Bydgoszcz granaries.