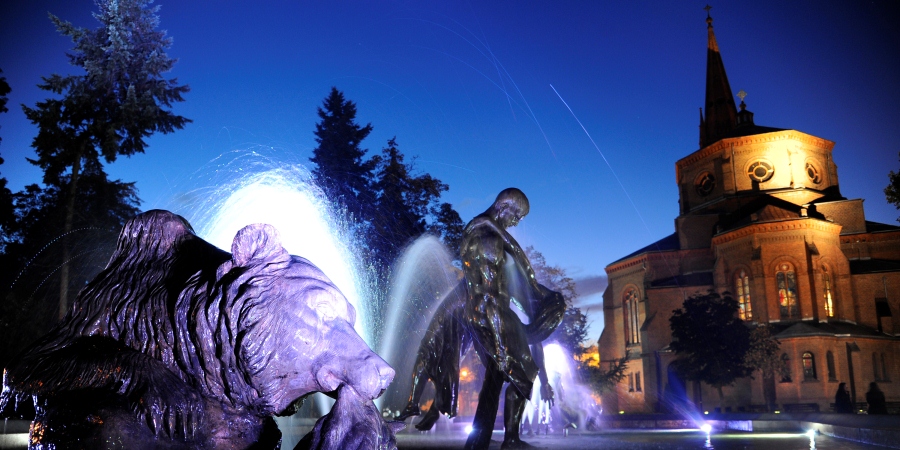 Wolności Square (Freedom Square), the 17th-century Poor Clare sisters former garden, located on Gdańska Street in Bydgoszcz, creates a real "salon" of the city. Though it had been laid out by 1854, it gained its exceptional atmosphere only in the early 20th century after the construction of the majority of the buildings that still surround the square.

Wolności Square exhibits primarily sophisticated turn of the century architecture, we can find here perfect modernism (27 Gdańska Street), neo-baroque (1 Wolności Square), neo-gothic (building of Grammar School No. 1 in Bydgoszcz), and finally modest Art Nouveau (3 Wolności Square). However, the most distinctive structures in the square are: St. Peter and St. Paul church, built in 1876 by Berlin architect Friedrich Adler and the fountain - monument "Deluge", 1904, by Ferdinand Lepcke, the creator of the famous Bydgoszcz "Archer Lady".